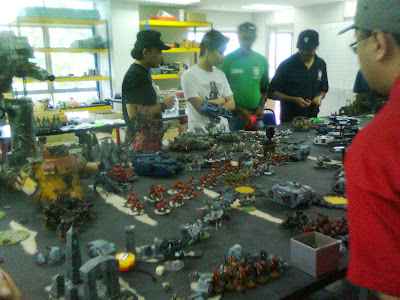 And when I say a blast I mean like 5 Apocalyptic Explosions during the Apoc game! Although my Stompa Mob did nothing except being blown to bits by Imperial Navy, the Mek Stompa Mob did fling some vehicles and cause casualties with rokkits flying everwhere.

In all an epic battle as you can expect.

On the subject of Golden Kris, I manage to nab gold for the Single and Large categories, silver for Squad. Plus the Looted Deffknight got voted for People's Choice & got a nice cool Legio cap too.

I would like to give a massive thanks to the organisers + Jeff & Chang for the delicious BBQ chicken, corn and potatoes!

Truly this is the best wargaming hobby experience!

Below are pictures of the completed Deff Dreads and Killa Kanz for the Apoc game. 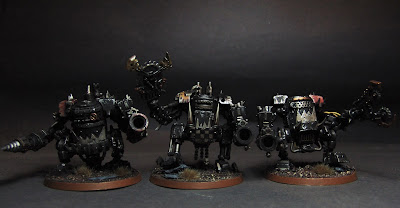 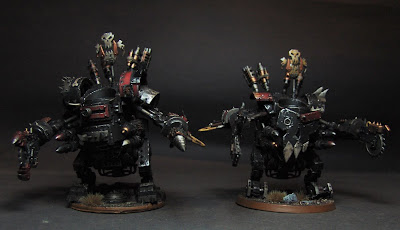 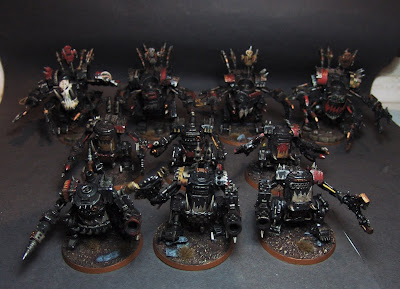 Golden Kris 2011 draws near. On conjunction with the Legio Birthday Bash, a big Apocalypse game is happening. I am still pondering what to bring. Probably Orks, but I may just bring super heavies. 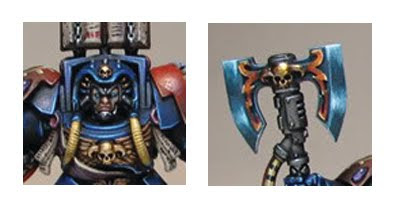 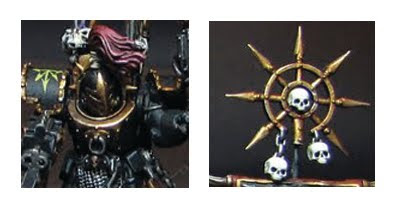 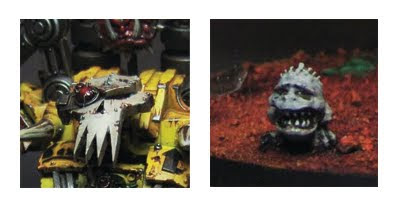